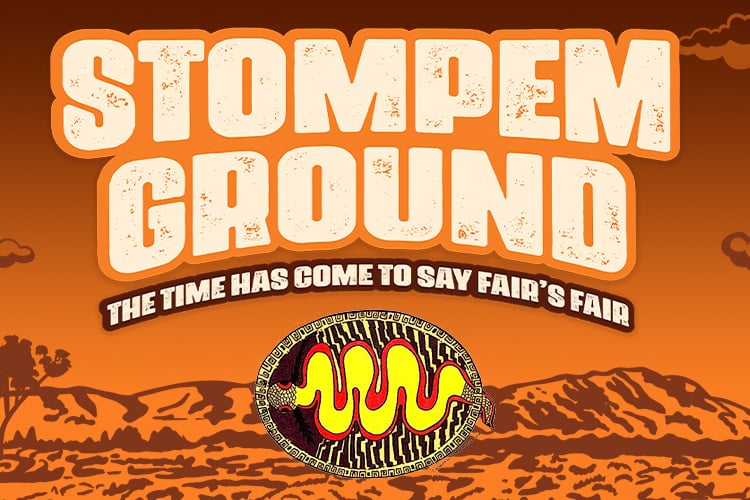 Whaddayow Music is pleased to announce that our awesome Kimberley artists Yatangal, Footprince and Seaside Drifters, will be opening the recently announced Stompem Ground Festival, held here in Broome, on the 17th September 2022.

Kimberley Stolen Generation, Mary G Foundation and Mellen Events are delighted to present the return of Stompem Ground, an electrifying day of contemporary and traditional Aboriginal music, dance and culture headlined by Midnight Oil on Saturday 17 September at the Father McMahon Oval, Broome. Tickets on sale at 10am AWST 23rd June.

It’s been 22 years since Australia’s far north west has rocked out to the rhythmic beats of Aboriginal musicians playing at such a large event. The hotly anticipated festival celebrates the Kimberley Stolen Generation Aboriginal Corporation’s 21st anniversary and 25th anniversary of the Bringing Them Home Report.

“Reconnecting with people in Broome, celebrating culture and the extraordinary Kimberley region and being among lots of great bands and performers. It’s going to be very special.”

Midnight Oil, who last played this event in 1998, will be performing their classics from across the decades and songs from their new album, Resist.

The Australian favourites will be appearing alongside Broome locals The Pigram Brothers, Blekbala Mujik (from the Northern Territory) and many more great Kimberley artists including Yatangal, Footprince, King of Hearts and Seaside Drifters interspersed with a staggering cast of indigenous dancers to complete the Broome concert of the year.

“Its inclusivity encompasses the diverse aspects of Aboriginal and Torres Strait people and cultures. The lineup was chosen for its uniqueness and dedication to making greater change. Artists like Midnight Oil have always been strong advocates for accountability and providing a voice for change. The band has more than given us support over the years and is loyal to the movement.

“It is now time for Australia to step up and create positive change for our nation. From compensation to the Stolen Generations to the Uluru Statement from the Heart, and the call for transparent and inclusive aspects of indigenous people of Australia to be part of mainstream Australia. Reconciliation must go all the way to make a difference. The time has come …”

Where to find festival information

Shopping cart
There are no products in the cart!
Continue shopping
0